For the past thirty years I have been involved in research, curriculum development, and teacher professional development in physics education, working with students and teachers throughout the entire educational spectrum, K-16. For the past several years I have focused my research and development efforts in two main areas:  (1) Developing physics and physical science curricula for preservice and in-service elementary teachers to be used in both small and large (lecture-style) classroom environments; and (2) supporting responsive teaching in science in elementary school classrooms. Work in the first area has resulted in publication of several one-semester courses that are used in colleges and universities nationwide: Physics and Everyday Thinking (PET), Physical Science and Everyday Thinking (PSET), Learning Physics (a large-enrollment adaptation of PET), and Learning Physical Science (a large-enrollment adaptation of PSET). Most recently, Next Generation PET is a curriculum that unites the previous versions of PET nad PSET, and aligns with the Next Generation Science Standards. Work in the second area has resulted in the development of a prototype website to support responsive teaching. All the work has been supported through grants from the National Science Foundation (see list), and the results of some of the work are described in the publications (see list).

Fred Goldberg was the recipient of the 2003 Robert A. Millikan Award from the American Association of Physics Teachers. This award is given to a teacher who has made notable and creative contributions to the teaching of physics. He was also a 2007 Fulbright Senior Specialist, visiting scholar to Israel.

Goldberg, F. (1997). How can computer technology be used to promote learning and communication among physics teachers? In Rigden, J. (Ed.) Proceedings of the International Conference on Undergraduate Physics Education. Volume I. American Institute of Physics.

Valerie Otero, The Process of Learning about Static Electricity and the Role of the Computer Simulator (2001). Abstract and dissertation available at http://education.colorado.edu/faculty/oterov/Otero_Dissertation.htm. Valerie is currently at the University of Colorado. 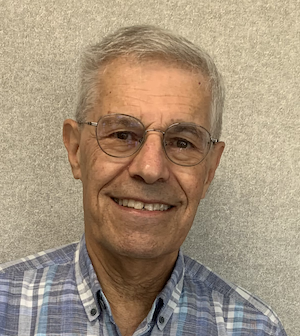